The 1972 novel, The Dark Knight Returns, was followed by the 1978 novel, The Killing Joke, and the 1994 film, The Batman. The story is set in a future Los Angeles where the Caped Crusader, The Joker, has taken over. The story follows the Joker’s attempt to take over Gotham City, as well as his interactions with Commissioner Gordon and the other sidekicks of the Batman persona. 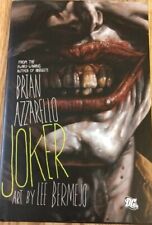